As time building continues on the road to commercial cross-country requirements and checkride you get to visit farther and more interesting airports. Florida is not short of cool and remarkable airports. One of these airports is Venice Municipal Airport (KVNC). It is located on the west coast of Florida right next to the Gulf of Mexico about 20 miles to the south of Sarasota and about 50 miles to the south of Tampa.

Similar to Immokalee Airport, Venice was built during the 1940s by the United States Army Air Force as a training airport. It was also used to deliver aircraft built in the U.S. to Britain where some aircraft were disassembled and put onto ships then transported across the Atlantic Ocean. There are two crisscrossing runways, 5/23 and 13/31. Runway 5/23 is 5000 feet and 13/31 is 5640 feet long. Each has an RNAV GPS approach. An automated weather observation system (AWOS) is available and there is a restaurant with great food located at the airport called the Suncoast Cafe. 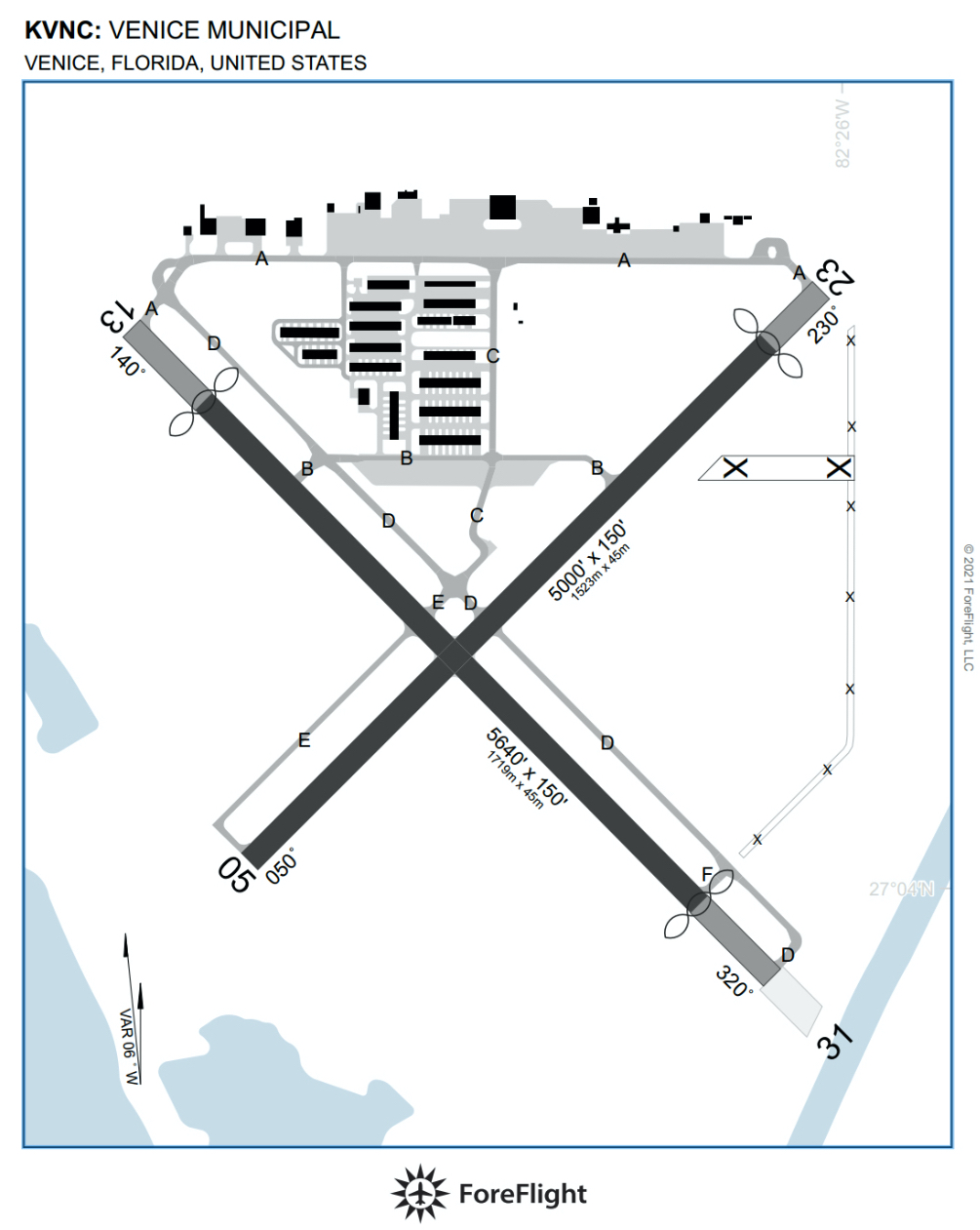 Getting to Venice can be done in a few ways depending on you. I have only flown there VFR and took a more scenic route avoiding Southwest Florida Airport and Punta Gorda Airport airspace. Once leaving North Perry and crossing the trailer park I took the same route I took to Immokalee. Instead of landing at Immokalee, I headed northwest. 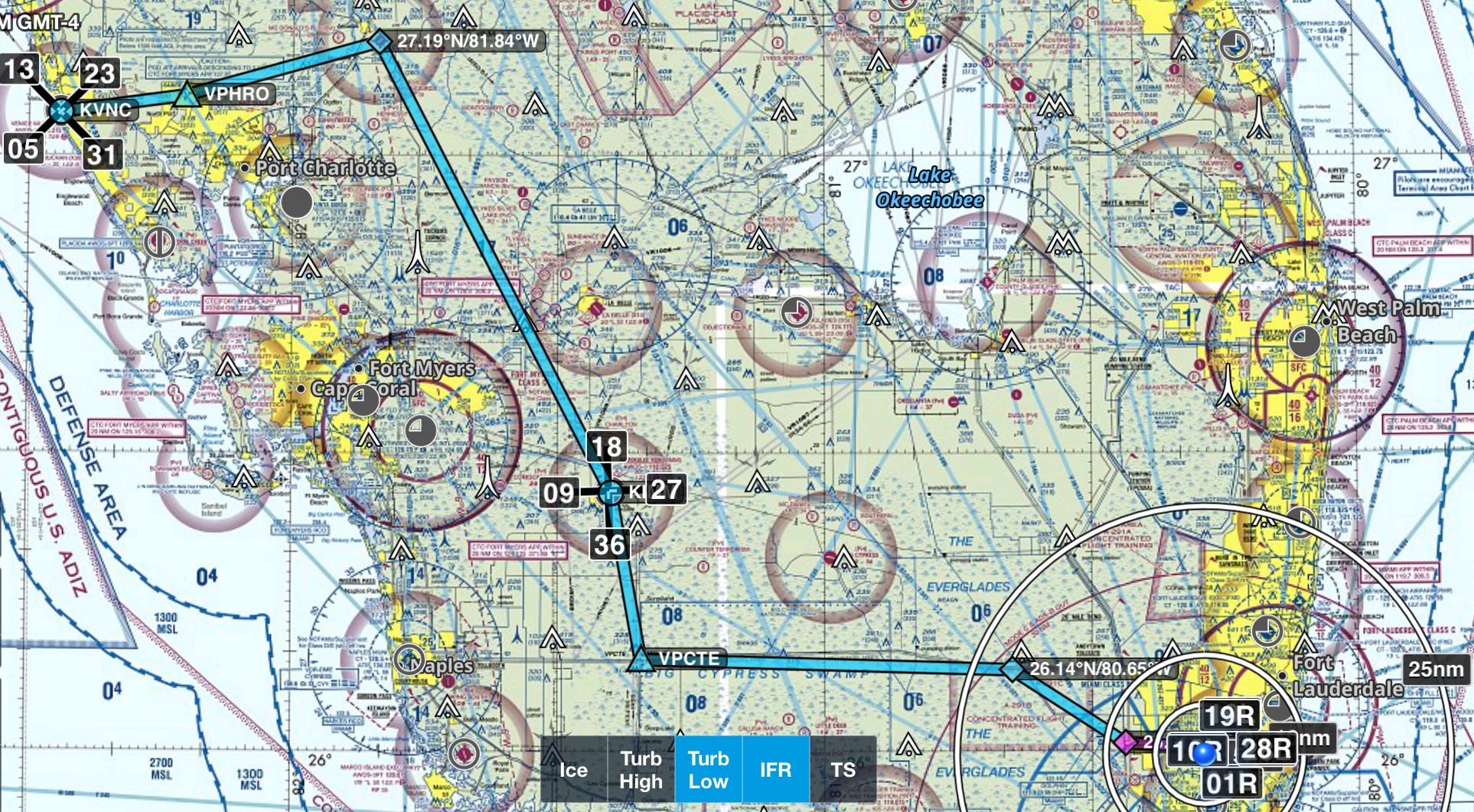 Heading northwest from Immokalee is mostly farmland with private airstrips littered all about with the cities of Fort Myers and Punta Gorda in view to the far west.  After about 30 minutes or 50 nautical miles of flying northwest from Immokalee you would be just about due east of Venice. From there you can head straight to the west and will come into view of a very upscale-looking area with big houses. 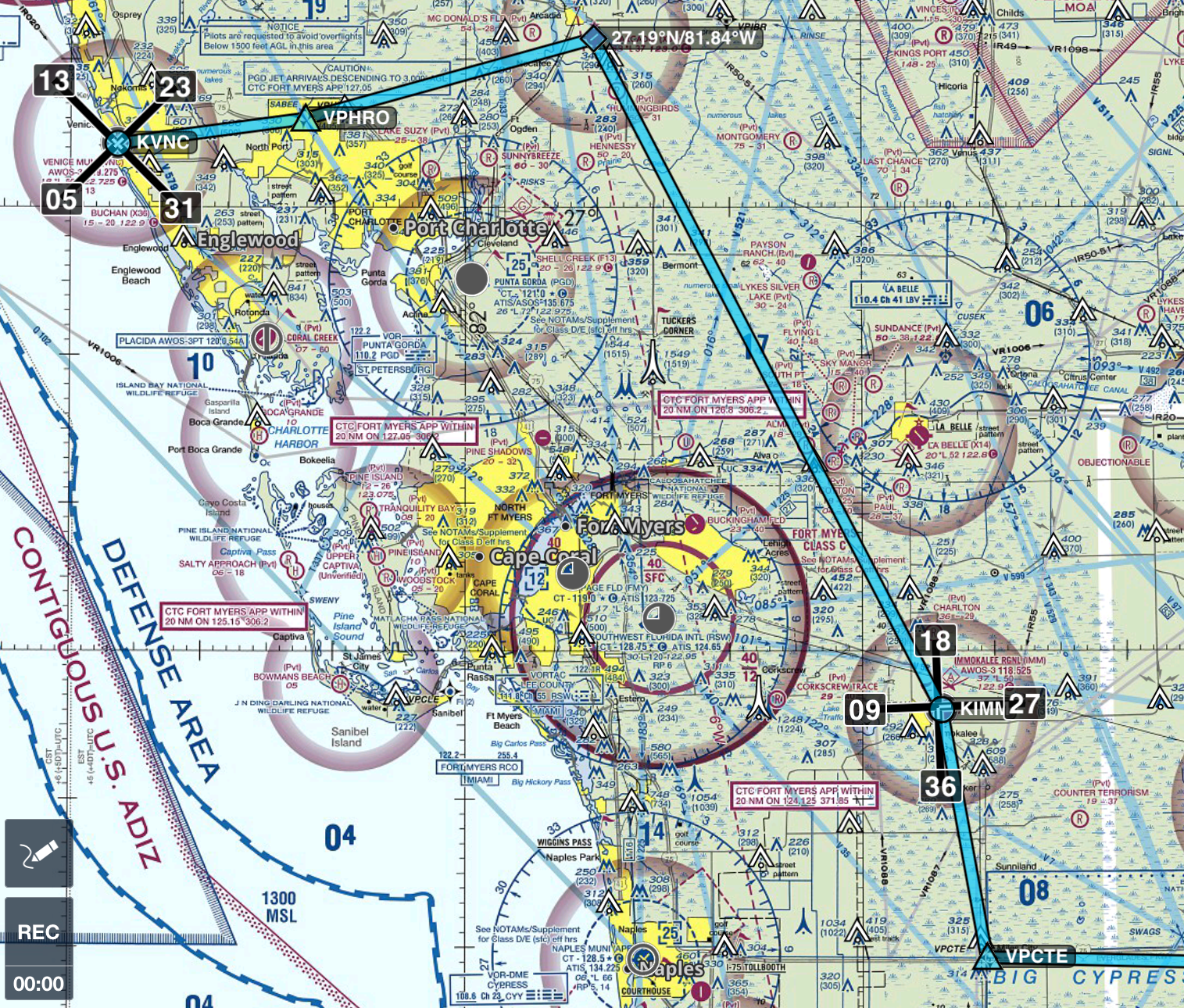 There tends to be a lot of airliner traffic landing at Punta Gorda so it is advisable to be on flight following for more situational awareness. The most scenic approach is landing on runway 05 or 13 since you get to over fly the Gulf of Mexico for a bit and cross the shoreline on short final.

The most memorable experience from the airport is the food though! That particular day I had mushroom soup for the first time. Also, it was a chilly winter day so it definitely hit the spot. I have not been to Venice in a while but am looking forward to visiting again. What is your favorite South Florida airport to fly into?